A life dedicated to cheese

It was in 1962, in La Mancha, when Hersilio García Baquero, who had been selling fresh milk from his cows among the local residents for many years, began to look for a way to give greater value to that milk and began to make 7 cheeses a day in the traditional way. This tireless desire to improve made him do more research on the complex process of transforming fresh milk from sheep, goats and cows, and he was a pioneer in developing an unparalleled taste with the mixture of milks and the use of a unique process of fermentation. He discovered that each type of milk provided different nuances to the Cheese: • Sheep’s milk provided greater taste and density in the mouth and the cheeses were much more aromatic. • Goat’s milk added a certain acidity and a touch of spiciness. • Cow’s milk provided creaminess and lactic nuances. This perseverance and passion that Hersilio García Baquero showed every day to improve, led him to obtain in 1962 one of the best cheeses made in La Mancha. It wasn’t easy, there were obstacles from the beginning: • Difficulty in obtaining the raw material • Securing the supply • Quality maintenance • Regularity in taste But none of this stopped him from achieving his dream of

“getting his cheeses to everyone”

“Tradition, know-how and the most demanding selection of raw materials are the pillars on which the García Baquero family’s commitment to quality is based”.

During the 1970s, a more automated production system was developed which helped to extend the brand throughout Spain.

This innovation, which was a pioneer in Spain at the time, included the best French, Dutch and Danish processes and technologies, (achieved thanks to the long trips around Europe made by Mr. Hersilio to learn all the knowledge of the great masters), have helped Lácteas García Baquero and the Spanish cheese industry to obtain the good cheese that is made in Spain nowadays.

Today the perseverance and passion of the García Baquero’s family continues to dedicate time and tenacity to finding the best way to consume cheese, maintain it, and offer it to our consumers and customers.

Given the great popularity that Hersilio García Baquero’s cheese was obtaining, he thought of ways to be able to differentiate his cheese from the rest, in such a way that he decided to paint the rind of the semi-matured cheese in black in order to make it different from the rest.This marked a before and after in the sector because after this, the color of the rind was standardized for all Semi-matured Cheeses. 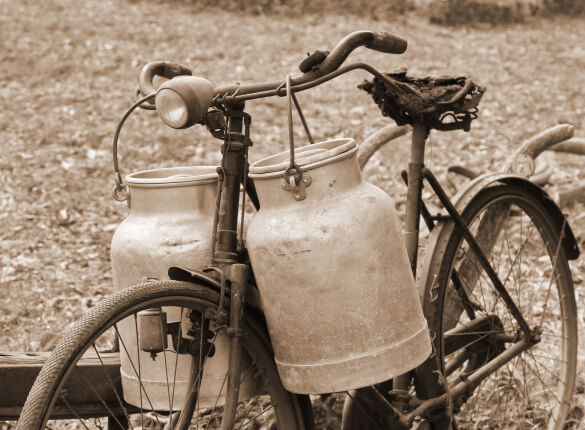 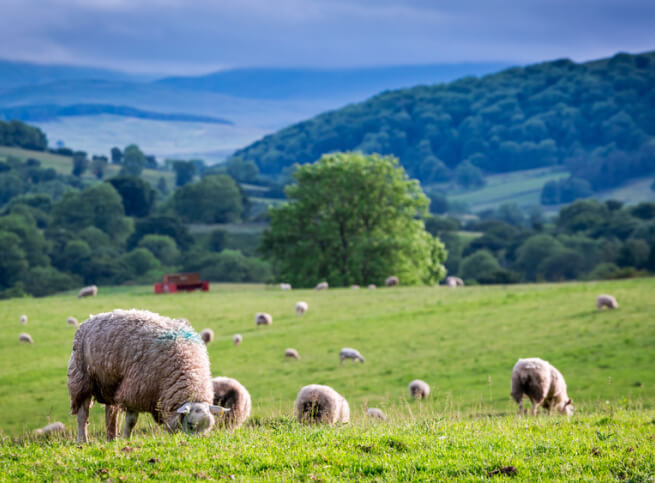 D.Hersilio was convinced that to continue growing and making the best cheese, the first thing to do was to have the best raw material. He already had a production plant in Alcázar de San Juan, Castilla La Mancha, which is renowed for its long tradition in the world of cheese and from which the famous Manchego cheese and the Manchego sheep breed, which is native to the area, originate. After 1990’s it created and acquired new production facilities in Toro and Palas del Rei.

All of them are located in areas with high quality milk and under the strictest quality regulations for the production of the best cheese.

In Zamora region, it is important to keep the “TERROIR” concept in mind. The personality of the Castillian land is marked by lime-clay soils from the Miocene period with substrates rich in limestone and/or marls, affecting the acidity levels of the proteins and fibers of the pastures, levels which will later transmit very rustic connotations to the cheeses.

In addition, in this area we find the native breeds of Churra and Castellana sheep, which produce an unique type of milk to the rest of Spain, which through it is made the iconic Zamorano Denomination of Origin cheese.

And the region of Galicia (Palas del Rei) famous for its large, green pastures and the high quality of its milk and where the Protected Designation of Origin Tetilla and Arzúa Ulloa Cheese is made.

At present, the second generation gives continuity to the family business that Hersilio García Baquero carried out with such enthusiasm and passion, continuing the values and culture of the company, the love for a job well done, the perseverance, the desire to improve… Contributing with new knowledge and business mindset.

Their cheeses are sold to more than 60 countries all over the world and won many international awards and recognition for their quality standing out among cheeses from abroud.

We know that in order to obtain a high quality cheese, it is essential to have the best raw materials. In this way, and in order to ensure the maximum quality of our milk, at García Baquero company we have our own sheep and goat farms, which we pamper and take care of from the very beginning, based on two fundamental pillars: the quality and suitability of their feed and comfort of animal.